Pouliquen distributes more than twenty varieties of heirloom vegetables. These varieties are selected and cultivated with care by our Prince de Bretagne partner producers.

Here are some more:

Heirloom potato varieties have a very round or elongated shape. They have a mild, sweet taste, sometimes with a hint of hazelnut. These varieties can be identified by their different coloured skins.

Green Meat, Red Meat, Blue Meat, Black Meat Radishes: These heirloom radish varieties are mild with tender flesh. Like potatoes, these varieties can be identified by their colours, and sometimes their shape.

These heirloom vegetables grow particularly well in the mild, humid Breton climate. These two ingredients make it possible to achieve very good yields, while maintaining a high level of quality.
Traditional vegetables are planted from spring to late summer, then harvested by hand in autumn and, for some varieties, into winter. They are then washed and packed directly by the market gardeners. This method reduces handling, saves time and ensures that you get fresh, quality vegetables.

The traditional heirloom varieties of vegetables marketed by the Pouliquen Group are produced by Prince de Bretagne farmers who are members of the SICA (Finistère) and Les Maraîchers d’Armor (Côtes d’Armor) agricultural cooperatives.

The Pouliquen Group can meet all your needs.

The fresh vegetables are packed in cardboard, plastic or wooden boxes, depending on your requirements.
Let us know your specific requirements.

Discover the products available in the same season 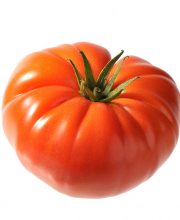 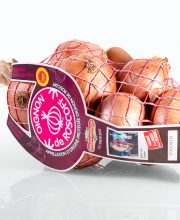